Logistics on the radar for Lowy-backed real estate fund

Lowy family-backed Assembly Funds Management has increased its exposure to the booming logistics sector after acquiring two last-mile delivery properties in Melbourne for a combined $53 million.

The latest acquisitions comprise a 2.5ha site at 55 Raglan Street in Preston, nine kilometres from the Melbourne CBD, purchased for $42.25 million on a 4.5 per cent yield; and a 13,723 sq m site at 345-353 South Gippsland Highway in Dandenong South in the city’s south-east, purchased for $10.7 million. 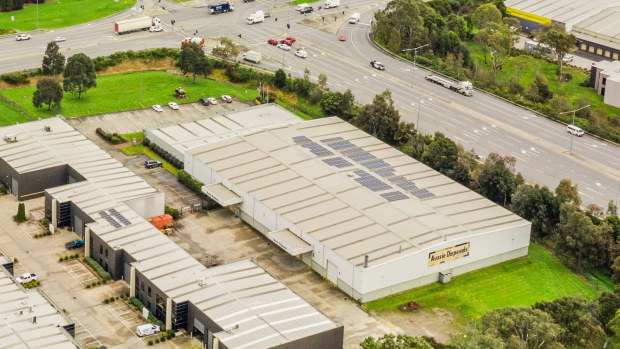 The Dandenong South property was purchased for $10.7m

They are the fourth and fifth industrial properties acquired by the $350 million Assembly Diversified Property Fund 1, which launched in 2019 following a $75 million cornerstone investment from the Lowy Family Group, founders of the Westfield mall empire, and a $65 million injection from private equity firm Alceon.

The Dandenong South property was purchased with a two-year sale-and-leaseback to the owners of camping goods retailer, Aussie Disposals, which avoided liquidation in 2020 after securing a rescue deal with its creditors.

AFM chief Executive Officer Michael Gutman told The Australian Financial Review the flexibility of the fund, which also owns a large format retail asset, childcare centres and has investments in residential projects, had allowed it to pay its first distribution and generate strong returns.

Mr Gutman, who was previously chief operating officer at Westfield, said the fund was on track to hit its targets of a 10-12 per cent net internal rate of return and a distribution yield of about 5-6 per cent.

He said it would have been a different story had it been a pure office fund.

“We weren’t Robinson Crusoe. We saw what was coming out of the retail world, the journey of products and the pathways being formed on the logistics side, how that was growing in the country, and the tight supply,” he said.

AFM has partnered with Charlie Buxton’s Cadence Property Group on the acquisition and development of assets for the fund, with a focus on infill locations.

Mr Buxton said the latest acquisitions were a strong outcome for the fund, given the current shortage of premium logistics facilities and development land surrounding Melbourne.

“We expect Preston to benefit from the ongoing gentrification of Melbourne’s inner-city markets, which in turn will continue to apply pressure on the availability of industrial zoned land in the area and surrounding sub-markets,” he said.

Assembly kicked off a final $65 million equity raising for its diversified property fund in March.